Forget the Moon..This Facebook Billionaire Is Trying to Cure Cancer 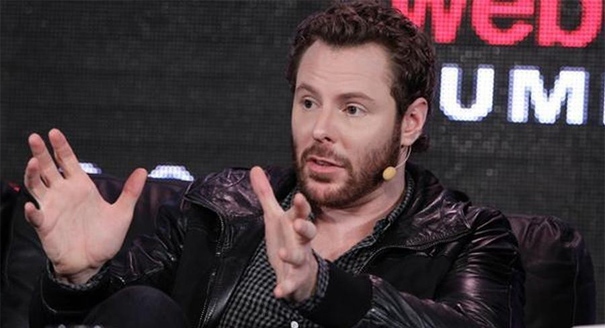 Finally, billionaires are putting their dollars to work to do something for humanity: donating to universities to cure cancer.

Sean Parker, the guy you may remember as being played by Justin Timberlake in the 2011 movie The Social Network, is putting some of that Facebook and Napster cash to work on something he says is more important than the moon: curing cancer.

Trial to use DNA “Scissors” to Fight Cancer

Parker will be funding the first trial of a new form of genetic editing on human patients at the Unviersity of Pennsylvania with the intent of altering the DNA of the patient’s T-cells to recognize the cancer and make the patients’ own immune system fight the cancer for them. The technique is called CRISPR, and it uses a newly discovered form of bacterial mRNA, or messenger molecules, to alter human DNA.

CRISPR is an astounding new discovery that uses bacteria to change your DNA in a controlled manner. Here’s how it works:

The fuss is over “DNA scissors” discovered in microbes in 2012 that can be adapted to edit genetic material, potentially removing disease-enabling mutations and adding in “corrected” DNA strings. Known by its scientific acronym, the CRISPR-Cas9 protein may eventually help realize precision or individualized medicine, the ability to treat or avoid illness such as cancers, muscular dystrophy, and HIV/AIDS by tinkering with the actual genetic coding that makes a person that particular person.

The technique has even been used to successfully cure inherited blindness in mice!

The researchers used a technique known as CRISPR/Cas9 to remove a genetic mutation that causes the blindness disease. CRISPR/Cas9 is adapted from a strategy used by bacteria to fight invading viruses. Although the study involved rats, it is an important milestone because of its potential implications for humans.

“Our data show that with further development, it may be possible to use this gene-editing technique to treat inherited retinitis pigmentosa in patients,” said Shaomei Wang, MD, PhD, a research scientist in the institute’s Eye Program and associate professor of Biomedical Sciences. Wang was the senior author of the study, published in the journal Molecular Therapy.

This wil be the first test of the technology on humans.

Up to 15 patients could receive the treatment at three sites: Penn, the University of California, San Francisco, and the MD Anderson Cancer Center. The study involves complex safety issues, such as whether the alterations achieved using gene editing will be accurate enough, and there is no guarantee it will go forward.

Promising Technique to Receive a Lot of Funding

The technology is so exciting that many quickly jumped on the discovery, including Bill Gates, who invested $120 million into the first startup utilizing the technology:

Editas Medicine is one of the first companies using this genome-editing tool, CRISPR-Cas9, to develop new ways to cure human disease. On August 10, the startup announced that they’ve raised $120 million from a group of investors led by Dr. Boris Nikolic, the managing director of bng0 (which was formed to invest in Editas) and who was before this was a chief science and technology advisor to Bill Gates.

Now, a research university funded by Parker is going to begin to use the tool to fight cancer in humans. As MIT Technology Review writes:

Parker, best known for his role as Facebook’s first president and as co-creator of the pirate music site Napster, splashed into cancer research in April, saying he’d give $250 million in funding to six centers, including one at the University of Pennsylvania, in what he called a “Manhattan project for curing cancer with the immune system.”

Penn confirmed Parker’s charitable foundation would be funding the trial, which will use gene-editing to modify immune system T cells to attack three types of cancer: myeloma, melanoma, and sarcoma.