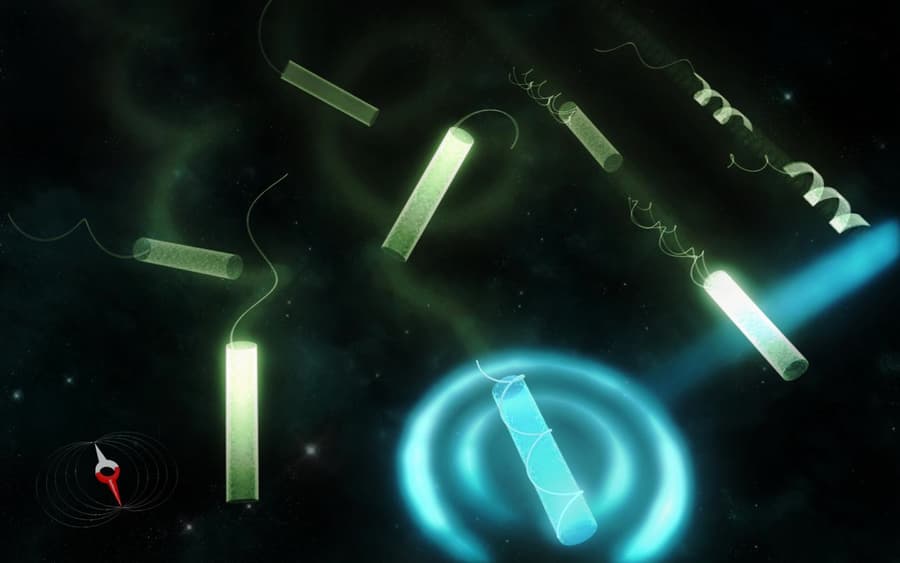 These guys could change the course of the human race. They’re making these already.

According to the World Health Organization, up to 20,000 people still suffer from African trypanosomiasis or sleeping sickness, which once made many parts of central Africa almost uninhabitable. Scientists from the Ecole Polytechnique Federale Lausanne (EPFL) and the Eidgenössische Technische Hochschule Zürich (ETHZ) have manages to salvage some good from this scourge, however, by using the protozoa that causes the disease as the model for a new class of microbots designed to deliver drugs with precision and carry out other medical procedures such as clearing out clogged arteries and other forms of microsurgery.

Selman Sakar at EPFL and Hen-Wei Huang and Bradley Nelson at ETHZ are developing and testing a number of configurations of microbots that can not only move about, but can be produced quickly and in quantity using a new manufacturing technique. The result is a robot that can be controlled using an electromagnetic field and, when heated, can alter its shape..

The scientists used the microorganism Trypanosoma brucei as their starting point. This protozoa moves by means of a whip-like appendage called a flagellum, which it whisks about. Carried by the bite of infamous Tsetse fly, the microorganism uses the flagellum to move into the bloodstream of its host. Once there, it hides the flagellum in what the team call a survival mechanism.

The prototype microbot operates in a similar fashion. Controlled and powered by the electromagnetic field, it’s moved to its destination, then a laser beam heats it, causing its robo-flagellum to wrap about the microbot to get it out of the way.

“We show that both a bacterium’s body and its flagellum play an important role in its movement,” says Sakar. “Our new production method lets us test an array of shapes and combinations to obtain the best motion capability for a given task. Our research also provides valuable insight into how bacteria move inside the human body and adapt to changes in their microenvironment.”